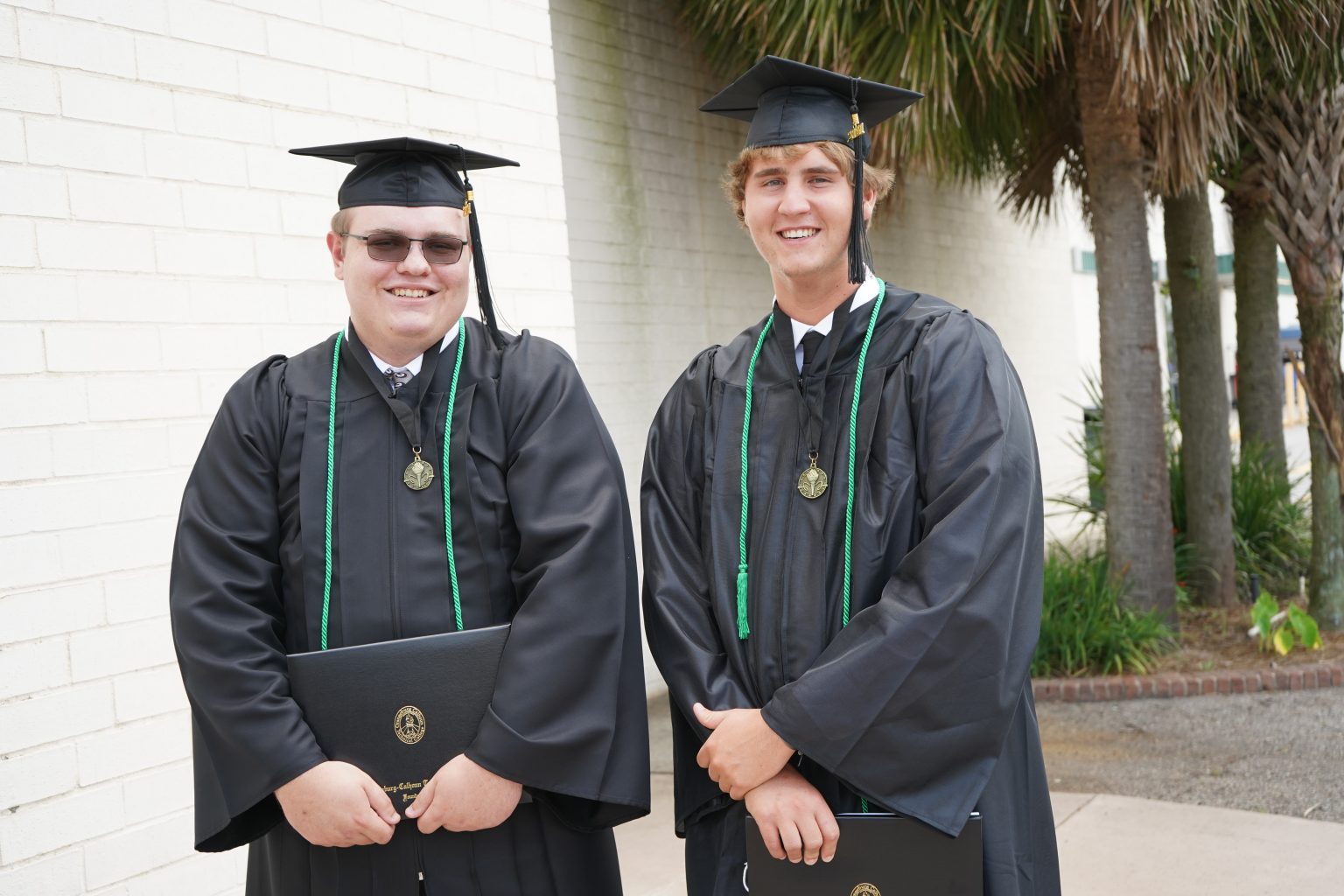 Griffin Surrency and Dustin Holland are just two of the nearly 130 graduates who participated in Orangeburg-Calhoun Technical College’s trio of summer graduation ceremonies July 29 at The Cinema.

However, the pair are the latest of several young men from Jesup, Ga., to complete the college’s Engineering Electronics Technology-Electronic Instrumentation program in the last few years.

“There are probably five or six of us from Wayne County High School who have come up here for school,” Surrency said. “I didn’t really start thinking about what I wanted to do until my senior year. I knew a few people who were doing this and they loved it. It’s a good job. Every one of them said when you graduate, you’re going to find a job.”

After finishing Wayne County High in 2019, Surrency and Holland packed their bags and moved three hours away to begin OCtech that fall.

“It was challenging, but in a good way,” Holland said. “It really pushed me to my limits, but it taught me everything I needed. I know I’m going to have a successful life.”

Richard Murphy, dean of engineering and advanced manufacturing technology, said OCtech is among the few colleges – and the only one in South Carolina – that offer instrumentation.

“Although there are a lot of high-paying jobs that require employees to have training and skills in instrumentation and process control, there are not a lot of training options for those who want to go into this line of work,” he said.

Murphy said students from surrounding counties regularly take advantage of the program, but the out-of-state interest is relatively new.

“Although these students face additional challenges that many of our students don’t typically have, such as finding housing in the area, they have excelled through the program,” he said. “They knew what they were getting into when they began and were focused on completing it.”

Both Surrency and Holland participated in the EIT program’s spring co-op experience their senior year – Surrency at Shaw Industries in Columbia and Holland at International Paper in Savannah.

“There are a couple of schools in Georgia that offer this type of program, but they didn’t have the reviews like OCtech and they didn’t have a co-op,” Surrency said. “The co-op really stood out. It looks amazing on a resume.”

Before they even received their degrees, both Surrency and Holland had been hired by Rayonier Advanced Materials in Jesup.

“Most of our dads work at the mill,” Surrency said. “Everybody knows everybody, and we all just end up working out there. They always told us when we were in high school, ‘Instrumentation – that’s what you need to go into.’ Everybody needs instrumentation guys, electrical guys. It was kind of a no-brainer. Mr. Murphy has people come to him looking for students that graduate from this program. They offered me a job at Shaw, but I was ready to move back home.”

Patti Holland said she appreciates the support she and her son Dustin received at OCtech.

“All of the instructors have been great to work with,” she said. “Any time I picked up the phone, Mr. Murphy was there to answer my questions. I felt really good about him being so far away and knowing I could contact someone. It’s been great.”

“We’re probably just going to keep pushing more guys up here,” Surrency said. “It’s not every day you find a program like this. I’d recommend it a hundred percent.”